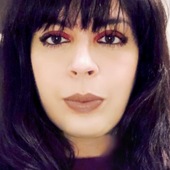 Who Are We?: Identity and belonging in contemporary South Asian visual art

Who Are We?: Identity and belonging in contemporary South Asian visual art With Professor Rina Arya
Age guidance: 18+

South Asian culture has rich and varied visual arts traditions that draw upon many interconnecting threads of mythology and symbolisation.

Much of contemporary South Asian visual art is informed by identity politics, including issues about ethnicity, gender and sexuality. Artists from first or second generations, some of whom attended art schools in the UK, often depicted their experience of migration and related themes concerning belonging. They drew on the material culture of their ancestral homes in order to negotiate meaning. The narratives for subsequent generations may have changed but identity remains an ongoing preoccupation.

This talk will draw upon the aforementioned themes, as well as heritage and style, to look at the development of South Asian visual arts in the current day in different media including painting, photography and sculpture.

Rina Arya is Professor of Visual Culture and Theory at the University of Huddersfield, UK. She has written about the artist Francis Bacon (Francis Bacon: Painting in a Godless World, 2012), abjection (Abjection and Representation: An Exploration of Abjection in the Visual Arts, Film and Literature, 2014; Abject Visions: Powers of Horror in Art and Visual Culture, 2016) and a number of articles on spirituality and contemporary art. Her main area of research now is the crossover between material culture and religious studies and she is currently working on a book about the cultural appropriation of Hindu symbols.