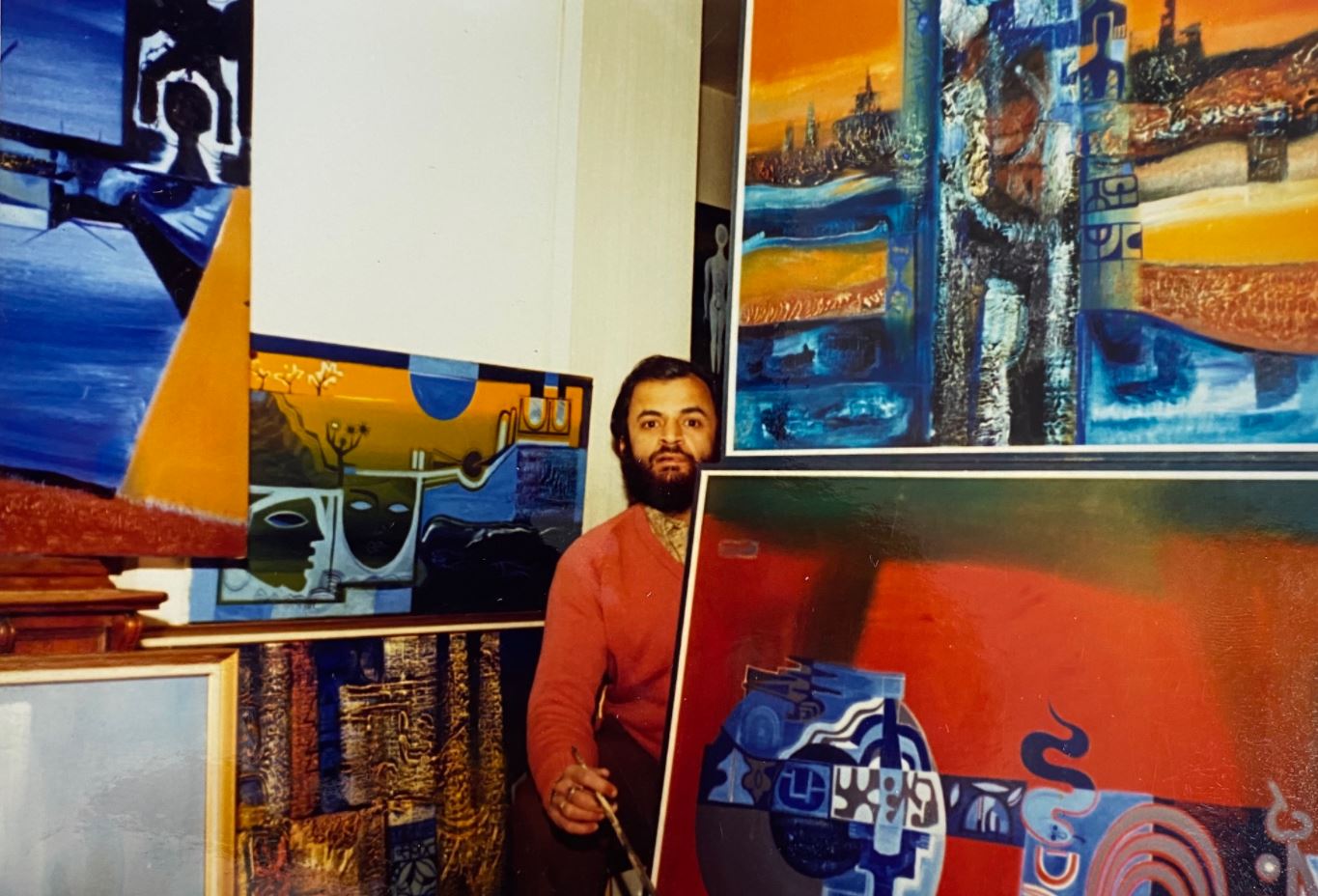 The Art of Shanti Dutta

A talk on the life and work of influential Huddersfield-based artist Shanti Dutta, delivered by his son Gopal Dutta.

Shanti Dutta was born at Peshawar in pre-partition India in 1933. He studied at the College of Arts, New Delhi, then after some years as a teacher and industrial administrator, he left India in 1967 to study ceramics in Prague. In 1969, he moved to Huddersfield, where he continued with painting and ceramic work and also lectured in art, culture and multi-ethnic education across West Yorkshire. He remained in Huddersfield until his death in 1985 at the
age of just 52.

A one-man show in Huddersfield in 1968 was followed by exhibitions in London, Edinburgh, New Delhi, Prague, Nuremburg and Barden, and today his work is owned by museums, galleries and private collectors across the globe. His painting From the Well is currently in the collection at Huddersfield Art Gallery.

Shanti Dutta’s early paintings were largely abstract, but later the symbols and figures of Indian myth and religion became predominant. He was very involved with the local Hindu Temples in both Huddersfield and Bradford, with the Inter Faith movement, and with the Sikh Temple in Huddersfield, which commissioned him to create the large-scale portrait of Guru Nanak that still graces the walls today.